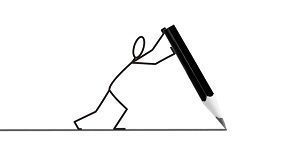 Description of the newly-formed B Street Theatre at the Sofia New Comedies Festival Script Club.

I recently received an e-mail from B Street Theatre at the Sofia asking “Do you…”:

My response was “yes” to the second and third questions, so I decided to take B Street Theatre up on their offer to join the New Comedies Festival Script Club (NCF Script Club).

I have kept quite busy despite following the stay-at-home order in effect due to the COVID-19 pandemic, but I decided to make the time as it sounded like fun.

The concept behind the NCF Script Club is straight forward – NCF Script Club members will read three plays each week and then join B Street Theatre artistic staff and company members for a weekly panel discussion via Zoom.

Hundreds of scripts were received for this year’s virtual festival.  The NCF Script Club will read and discuss 12 of the 25 plays that have been selected as finalists for B Street Theatre’s 2020 New Comedies Festival.

After signing up to participate, I received an e-mail with the first three plays and a survey to be filled out prior to the Zoom panel meeting.  I downloaded the three plays noting that each script was approximately (+/-) 100 pages long.  The scripts were too long to print out, and I find that reading a document of that size on a computer screen can be tiring.   As a result, I decided to spread out reading the plays over several days.  Doing so worked out quite well.  After completing the reading assignment I filled out the survey and submitted it.

NCF Script Club members were asked to rate each play and given the option to also select “Other” to add additional comments.

Note: All plays are considered to be drafts and are subject to change.  Constructive comments were encouraged.

The checkbox ratings for the plays were:

Only one of the three plays, in my opinion, merited the highest praise.  I could visualize the play on the B Street Theatre stage, and I was sure it would delight the audience.

The other two plays were a different story. Both plots were rather convoluted and confusing.  More to the point, I did not find either of them humorous.  However, that was my just my opinion, so my survey response acknowledged that others might enjoy them.

I was looking forward to the NCF Script Club panel discussion, not knowing how the process would work.  This was also the first time the B Street Theatre staff had undertaken such an effort, but all went smoothly.

After some preliminary discussion we were assigned to one of two breakout groups, each with an assigned facilitator.  The response to the NCF Script Club invitation was such that my breakout group consisted of 17 panel members!

We were given one hour to discuss the three plays, with the facilitator asking us each in turn to share our thoughts.  A lot of thoughtful comments were made relating to each of the three plays. It was also apparent early on that many of us were on the same page.

When our hour was up both breakout groups merged and we were asked to choose which one of the three plays we would like to see on the B Street Theatre stage.  After checking our choice on the on-screen survey the results were:

Due to the large size of the NCF Script Club membership another facilitator or two may be added next week.  Doing so would allow each breakout group more time for in-depth discussion.

All in all, I very much enjoyed the experience, and I look forward to reviewing the next set of three plays!