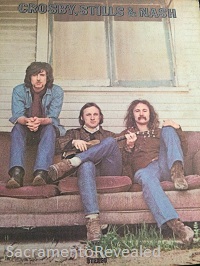 I recently attended a webinar taught by Renaissance Society member Mike Agron.  The topic of the class was Celebrating Perfect Vocal Harmony Groups: Folk and Folk Rock.  What a fun way to spend part of a weekday afternoon.  Talk about a walk down memory lane!

For those of us who were new to the class, Mike explained that there would also be a poll and a mystery vocal group contest.

Mike first gave an overview of the groups to be covered that day:

A poll popped up on the screen and attendees were asked to pick their top two favorite bands.  We learned a bit later that Simon & Garfunkel took first place with 78% and the Mama’s & Papa’s and Crosby, Stills, Nash & Young tied at 49%.

Mike then took us back in time to the 1960’s to set the stage for what was to come.  Mentioned were JFK, Jan & Dean, The Beatles, the Vietnam War, Bob Dylan, protest songs,  the Summer of Love, the Chicago Riots, Hair, etc.

It was obvious that Mike had done a lot of research.  Selected “hits” were played and Mike shared information about each song as well and interesting facts about each band.  I certainly learned a thing or two.

In addition to slides, Mike included video of the various bands when it was of good quality.  A number of the video recordings were from the Hollywood Palace, at variety show that aired 1964 to 1970.  The show was filmed at the El Capitan Theatre in L.A.

One of “attendees” had noticed that the various groups lacked audio equipment when performing, and asked about it during the Q&A after the class.  Mike explained that they did not have the caliber of audio equipment back then we do now – and that all the performers on the Hollywood Palace show lip synced. 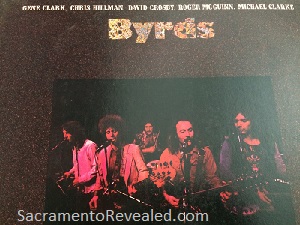 Two hit songs by The Byrds were featured.  Both Mr. Tambourine Man and Turn, Turn, Turn were #1 Billboard hits in 1965.

The video of the band performing the two songs really took me back in time!  It was a blast to see how the live audience dressed and danced – not to mention the hair styles.

During The Byrds  performance of Turn, Turn, Turn at the Hollywood Palace there were three go-go dancers atop pillars in the background.  They were wearing short white boots, sweaters and short pleated skirts – and yes they were “turning” around while dancing!

I personally did not recognize the clean-cut group by name, but I did recognize their hit song – You Were On My Mind.

Given the number of their hits, it is hard to believe that The Mama’s and The Papa’s were only active and recording from 1965 – 1968.  During that time they released five studio albums and 17 singles.

We were treated to video recordings of Go Where You Wanna Go, California Dreamin’, and Monday Monday.

It is no secret that the group was beset with internal strife which led to their breakup.  John Phillips wrote Go Where You Wanna Go about his wife Michelle who he knew was cheating on him.

Up next, The Seekers performed  Georgy Girl.  The song, released in 1965, became the title song for the 1966 film with the same name.

It was time for the Mystery Vocal Group Contest.  A male soloist performed Georgy Girl and attendees were asked to send in their best guess.  Later we found out that there was only one winner.  The correct answer was Matt Monroe (aka the English Frank Sinatra).  I did not have a clue!

Buffalo Springfield, a Canadian-American band, was active from 1966 to 1968.  They released three LPs and a couple of singles.  Songs featured were For What It’s Worth, Mr. Soul, Go and Say Goodbye and On The Way Home.

The band had disbanded by the time the On The Way Home album came out in 1968. 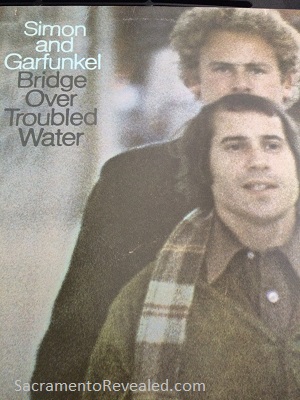 Simon & Garfunkel, the most successful folk-rock duo of the 1960’s, only made five studio albums.

Recently, a group of young students from different schools in Italy, isolated by the Covid-19 pandemic with death all around them, posted on You-Tube their rendition of Helplessly Hoping. You can watch The Choir That Wasn’t There perform Helplessly Hoping here.

We also enjoyed Stephen Stills’ Find The Cost of Freedom a 1970 Vietnam protest song, and the 1969 Suite: Judy Blue Eyes.  The second song was written by Stills after his break-up with Judy Collins.

The Eagles, formed in LA in 1971, have had numerous hits.  Two of their classic hits were featured – Hotel California and Take It Easy.  We also enjoyed video from their Hell Freezes Over Concert in 1994.

The Webinar was a lot of fun and very well done – kudos to Mike Agron.  A lot more information was provided, this blog post is intended to just give you a taste of what the class was like.

After the Webinar I pulled out some old albums and spent the rest of the day “walking down memory lane”.

Did you “attend” Mike’s class?  What would you add?

Subscribe to SacramentoRevealed.com to receive the weekly (with an occasional hiatus) newsletter direct to your inbox.  Comments are welcome.