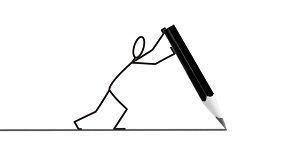 Description of Virtual New Play Brunch II, the second round of the B Street Theatre at the Sofia reading of short plays written by New Comedies Festival finalists.

On April 26, I enjoyed spending the late morning/early afternoon “attending” the B Street Theatre at the Sofia Virtual New Play Brunch II.  On tap were readings of five short plays, four of them penned by 2018 and 2019 finalists of the New Comedies Festival.  The fifth play was submitted by the Literary Manager of the New Jersey Repertory Company.

The actors performing that day in various roles were:

They were joined by Joel Stone, a playwright who is also the Literary Manager of the New Jersey Repertory Company located in Long Branch, New Jersey.

The offerings that day were both varied and imaginative – to say the least.  All five were very well received by those in the audience who shared their “applause” and complementary remarks via the Zoom “chat” function.

Check out the “talk-back” or Q&A with the playwrights and actors later in this post.

The following descriptions are an abbreviated version of each play – just enough to give you an idea of the concept of each. Several of the plays were inspired by the Covid-19 pandemic.

A young married couple is chatting in their living room.  Their two very active children (four and six) have finally settled down in bed after their father read to them, with embellishment, the book “Goodnight Moon”.

Being cooped up at home with the kids during the Covid-19 pandemic is wearing on both of them.

Mom has started having “cocktail hour” earlier and earlier in the day, and dad has been smoking weed in the garage.  As a result he has had the munchies and has been gaining weight – 10 pounds to date.

The husband admits to going “stir crazy” and suggests they go out and do something.  Suggestions include driving to the mall to look at the closed stores.  He sounds serious. But going out is, of course, out of the question as the kids are in bed and can’t be left alone.

The couple speculates about the number of marriages being negatively impacted by the enforced isolation.  They start to discuss what about the other has been “getting” to them – dangerous territory.

The conversation takes on a lighter tone when the wife teases (but is seriously concerned) about her husband’s weight gain.  She mentions the need to “flatten the curve”.

That leads to her tickling “the curve”.  She suggests an alternative to going out.  They both agree that they “hear the bedroom calling us”.

Blackout.  Comment: The rest is up to your imagination.

A Place to Call Home by David Myers

A father and son stand looking out a window.  They are somewhere in Los Angeles.

As they talk it becomes apparent that they are not humans – but aliens from the planet Borg inhabiting human bodies.  The father has been assigned to the planet Earth for an extended time and his job is about to reach fruition.

Separated from the time the son had been very young the two are just starting to get to know each other. The son had spent much of his time growing up 10,000 galaxies away absorbing Earth’s culture via TV programming.  He spouts a variety of lines and sayings that most earthlings would recognize as being from popular shows and movies.  What the son is anxious to do is to get out and explore.

His father just wants to complete his job.  He offers his son what he believes is a great honor – to push the button that would save their world by draining Earth of all its energy.

The son announces that he doesn’t want to go “home”.  Alarmed, the father brings out a device which appears to be a pen to extract his son from the human body he inhabits.  The son resists, swiping the pen and turning it on his father whose human shell collapses.

Blackout. Comment: One can only assume that the son heads out to experience all that Earth can offer.

Together Again by Leila Teitelman

A mother and her son wait at home for her daughter and his sister to arrive.

The mother is clearly stressed out but is trying not to show it. She is not particularly happy that her two adult children have been forced to return home to live because of the Covid-19 pandemic.

The daughter arrives and takes her things up to what had once been her room.  She discovers to her dismay that her imaginary friend “Henry” has been waiting for her under the bed for 10 years.  He has an irritating habit of talking to and distracting her when she is interacting with other people.

The mother heads to the kitchen to prepare dinner, leaving her son and daughter together.  The daughter tries to pretend that she is still employed – but soon admits to her brother that she has been laid off.  She appears distracted as they talk and she finally breaks down and tells her brother that her imaginary friend is there.  This in turn leads to her brother admitting that his imaginary friend “Bill” in present as well.

The table is set for three.  Henry bitterly complains to the daughter about the arrangement.

Exiting the kitchen the mother announces that dinner is ready and asks the two of them to come and sit down.  The sister and brother look at each other, and ask if she can set a couple of extra places.

Blackout.   Comment: I can only imagine it goes downhill from there.

The Club by Jim Christy

Three young people are sitting is the basement office of a home, working their way through an agenda.  It becomes apparent that it is a meeting of some type of club.

Two of the three voice their discontent – they are tired of endless meetings devoted to process while nothing is being accomplished.

The end goal of the club is revealed.  It is to develop and implement a plan to “key” 100 luxury SUVs.

A motion is made to “do it” that night.  The founder of the club protests, noting that taking a vote is not on the agenda.  Over his protest, a vote is taken and the motion passes 2 to 1.

It soon comes to light that the founder of the club envisioned the creation of a street army to do the deed – but saw himself in a solely administrative role.   While stating that the club was the most important thing he has ever done, he also admits that he can’t damage others property himself.

The other two club members prepare to leave and challenge him to join them.

The Roast by Jacob T. Zack

A young woman and her boyfriend arrive at her parent’s home for dinner.  He is there to meet them for the first time.

After a bit of chit-chat the daughter and mother head to the kitchen.  The father and boyfriend get acquainted in the living room.  The conversation is a bit strange, but things soon get stranger still.

Dinner is served, and the four sit down at the table.  The four hold hands and the mother says a lengthy grace.

The daughter had neglected to tell her boyfriend that the family practices Dietism.  The basic tenet of the religion is that nutrients are sacred and are not to be wasted.

The mother intones “munch and grace” and the four take each bite in unison after which they each express their ecstasy before taking another bite.

During the meal it is revealed that the roast, prepared by a fellow Dietism who is a butcher, is served only on special occasions.  When the boyfriend realizes that he has been eating human flesh he becomes upset and storms out of the room.

Father, mother and daughter look at the plate of uneaten food he has left behind.  The father instructs his daughter to go and get her friend and bring him back.  She protests, saying “…but I really like him”, but then follows her father’s orders.

Both the actors and playwrights, with the exception of Leila Teitelman, joined in the Q&A after the performance.

Each of them had an opportunity to talk about what they were working on right now and what they were doing to stay sane during the Covid-19 pandemic shutdown.

Several are writing new plays and one is working on a movie pilot.  Others are going back to and working on incomplete old projects.

The actors discussed, among other things, the experience of acting when alone.  They generally found it disorienting to act when they were limited to seeing and hearing the person(s) in the scene with them on a screen.

Another interesting limitation, which I had not thought about previously, is that their dialogue as they converse cannot overlap on Zoom.

Which of the new plays described would you like to see produced on stage?