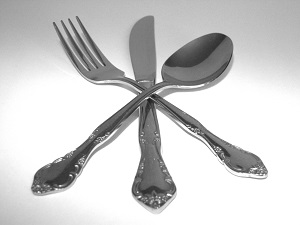 The Kitchen restaurant has received a coveted star in the 2019 Michelin Guide California.  Michelin notes “The Kitchen provides an interactive dining experience in Sacramento that doubles as dinner and a show.  Whether you’re slurping oysters in the kitchen’s cooler or chatting with your neighbors over hors d’oeuvres, this elaborate menu is a spectacle that is sure to impress”.

The Kitchen, owned by husband and wife Randall Selland and Nancy Zimmer, opened in 1991.  For $135 per-person (not including drinks and tip) patrons enjoy a five-course dinner at the one seating per night.  Reservations are required.  Dinner at The Kitchen is an “event” – spanning up to four hours.

While I have not personally dined at The Kitchen, I know a number of people who have and who speak very highly of the experience.

Seven restaurants were awarded three stars.  Appearing on the list are:

Michelin describes two-star restaurants as “Excellent cuisine, worth a detour”.

Fourteen restaurants were awarded two stars.  Appearing on the list are:

Michelin describes one-star restaurants as “A very good restaurant in its category”.

Sixty-nine restaurants were awarded one star.  Appearing on the list, in addition to The Kitchen, are:

(1/8/2020) Mother has closed its doors!  Check out the link below for the specifics, and to discover where you can still find some of its most popular dishes.

Have you dined at any of the 2019 Michelin “starred” restaurants?  What was your experience?