Compton’s Market held their official “Ribbon Cutting” on the market expansion on Saturday, April 22.  The neighborhood market, located on McKinley Blvd. in East Sacramento, has undergone quite the transformation.  The expansion has added floor space and the number of amenities offered (deli, cafe and bar, outdoor patio, etc.).

I have been shopping at the Compton’s Market since I first moved to the East Sacramento McKinley Park neighborhood over 30 years ago.  At the time, the market was one of several in the Sacramento area owned and operated by the Compton family (headed by Bill Compton and his brothers).  I remember well Bill’s son, Dave Compton, who later owned/managed the McKinley Blvd. store. 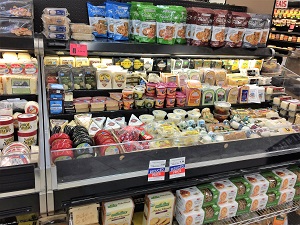 The neighborhood met the news that the Compton family was selling the market in late 2009 with some dismay.  It is in Bill Compton’s honor that the newly added café is named “Willy’s Café”.

In this day and age it is important for local residents to support neighborhood markets so that they don’t fade away and disappear.  Luckily, Compton’s Market has always been supported by the residents of East Sacramento.  The added amenities will no doubt add to this support.

It is not unusual for me to stop by Compton’s Market once or twice a week (or sometimes more) when I need to pick up an item or two.  On numerous occasions over the years I have started making a recipe only to find out that I was missing a key ingredient.  Compton’s Market to the rescue.  I am sure many in the neighborhood have had a similar experience. 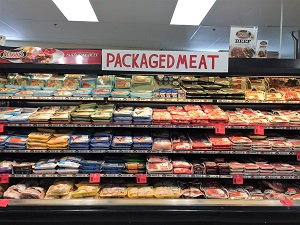 When I was unable to drive (for what seemed forever) because of a fractured shoulder, it was a big plus that I could walk to the store and carry home my purchases – as long as the bag was not very heavy.

Compton’s Market staff are overall both friendly and helpful.  As we all know, small markets are at a disadvantage compared to chain stores that can leverage volume, so the prices are a bit more expensive.  However, having a convenient market in the neighborhood makes it worth paying a bit more.

I look forward to taking advantage of the newly offered amenities from time to time.

Comments on the renovated Compton’s Market?

Have you had a chance to visit the newly expanded and remodeled Compton’s Market?  Any additional comments or observations?