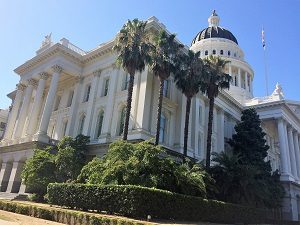 Description of two recent reports by Resonance Consultancy Ltd. ranking Sacramento as a place to live and visit in the U.S. and the world.

Resonance Consultancy Ltd. (self-described as an adviser on “tourism, real estate and economic development” based in Vancouver, British Columbia) recently released two reports – The 2018 “50 America’s Best Large Cities” and the 2018 “100 World’s Best Cities”.  The free reports can be downloaded at Resonance Consultancy/Reports.

The ranking methodology includes user-generated ratings and reviews (i.e. TripAdvisor) to measure qualitative factors.  This data was then combined with core statistics to develop the rankings.

SaccramentoRevealed.com – All Things Sacramento (from a personal perspective)

Factors identified that influence the perception of cities included:

The reports ranked Sacramento as:

We can do better Sacramento!  High marks for the diversity of our population, which has been noted in previous reports and rankings is nothing new (and remains something to be proud of), but I can’t say I am overly impressed with where Sacramento ranks in the other categories.

As an aside – the California Department of Finance recently released preliminary January 2018 and revised January 2017 data for California cities.  Sacramento’s population has exceeded 500,000 (501,344 to be exact) for the first time!  It was also noted that the City of Sacramento, the sixth-largest city in the state, grew at the fastest rate (percentage wise) among the 10th largest cities.

Comments on the Resonance Consultancy Ltd. rankings of Sacramento?

What are your thoughts on the Resonance Consultancy Ltd. rankings of Sacramento?