You are here: Home / Lifestyle / West Sacramento on Great Places to Live List 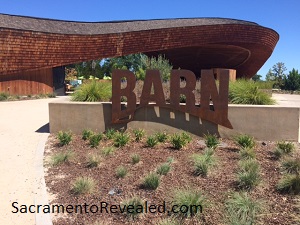 West Sacramento, across the river from the City of Sacramento, is on the AARP Great Places to Live list.

The AARP recently recognized five cities as cities that “…show how to build better communities for all ages.”  Our neighbor across the Sacramento River, West Sacramento, made the list!

The five cities, who have won acclaim for their innovative work toward increased livability, were chosen from among the cities across the United States who are working to put into place new initiatives to make life better for older residents.

The five cities recognized are:

West Sacramento (or “West Sac” as it is known locally) was recognized for its affordability – and its innovative West Sacramento On-Demand transportation program.

A survey of West Sac residents on what makes for a livable community identified transportation as “most important” – but West Sac is too small for a cost-effective bus service.  To meet the identified need, the city partnered with Via in 2017 to provide a service described as a blend of a bus service and a ride sharing service (such as Lyft or Uber).

Residents call the ride-sharing van service which coordinates pick-ups and drop-offs of multiple passengers.  Riders are picked up and dropped off within a block or two of their location and/or destination.  The cost is an affordable $3.50 one way, with riders 62 or older or people with disabilities paying $1.75.

This is not the first time that West Sac has received favorable recognition.  In 2014, the United States Conference of Mayors named West Sac as The Most Livable City in America (in the cities with fewer than 100,000 resident’s category).

Both the recently renamed Sutter Health Park (formerly Raley Field), home of the Sacramento River Cats, and Drake’s Barn (aka The Barn) are popular destinations in West Sac.

What would you add about West Sac?