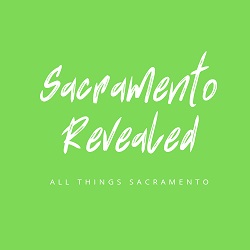 Description of the WalletHub 2019 Greenest Cities in America list.  Where did Sacramento, CA rank on the list of 100 largest cities?

WalletHub compared the largest 100 cities in the United States across 26 key indicators to determine the ranking (highest-lowest) of cities – and Sacramento placed #8 on the list.  Not only that – Sacramento moved up one place from 2018 when it was ranked #9.

Ranking #8 overall was Sacramento with a total score of 65.90:

Ranking and total score of other California cities in the Top 10:

Ranking and total score of other California cities:

How did WalletHub determine its rankings?

You might have noted that “recycling” was not one of the metrics used.  Recycling was not measured because of the lack of comparable city-level data i.e. ability to measure the availability of recycling programs or the amount of waste recycled in each city.

For full information on city rankings and the methodology used check out the WalletHub story at 2019’s Greenest Cities in America.

See related blog posts:  Where Does Sacramento Rank? and Sacramento #9 on Greenest Cities in America List