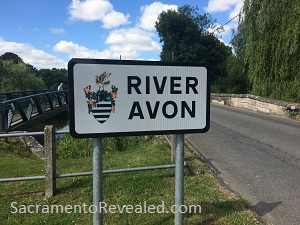 (UPDATED 10/27/2020) Description of and background on Amesbury, England, the “home base” for the 2019 Megalithomania Mysteries of England tour.

Located in southern England (Wilshire), Amesbury sits in the southern part of Salisbury Plain, in the valley of River Avon.  Amesbury has been confirmed by archaeologists as the oldest continuously occupied settlement in the United Kingdom!  It has also been recognized as such by the Guinness Book of Records.

In addition to Stonehenge (that is another blog post), Amesbury is famous for the discovery of the Amesbury Archer in 2002.  The grave of a man dating to around 2,300 BC, dubbed the Amesbury Archer, was discovered three miles south–east of Stonehenge. The grave, determined to be from the early Bronze Age, is the richest from this time period ever found in Britain including as it did the complete skeleton and around 100 objects, including some made of gold.

Tests on the bones of the Amesbury Archer revealed that he had been a man aged between 35 and 45 when he died. He had also suffered an accident several years before his death that had resulted in the loss of his left knee cap.

Tests on the teeth of the Amesbury Archer found that he had lived in the Alps region as a child, possibly in Switzerland, Austria or Germany.

The Amesbury Archer was obviously a very important person, and it is natural that there is speculation as to what role, if any, he had in the creation of Stonehenge given his proximity and the timeframe. While experts agree that Stonehenge was begun in the late Stone Age, it was around 2,300 BC that the stones were raised.

Note: Information and displays on the Amesbury Archer and Stonehenge can be found in the nearby Salisbury Museum (that is another blog post).

Amesbury is a small town with a population (as of 2011) of 10,724.  Small hotels and B&B’s cater to tourists, and a number of small restaurants and pubs cater to both locals and visitors alike.

While I only sampled a few Amesbury eating establishments, I can recommend both Piazza (Italian Restaurant/Abbey Square) and Reeve the Baker (bakery and café on Salisbury Street).

The “downtown” of Amesbury is easily walkable, and I enjoyed walking around checking out the local businesses and people-watching.

Volunteers maintain the Amesbury History Centre, a small museum located on Church Street dedicated to local history.  The museum, while small, is certainly worth a visit.  I consider my visit, along with members of our tour group, as time well spent.

The volunteers on duty at the time you visit will be glad to answer any questions you may have.  While entry to the museum is free, donations are welcome.

According to the Amesbury History Centre website, plans are being developed to expand the facility in order to enhance the visitor experience.

The Abbey Church of St. Mary and St. Melor

The Abbey Church of St. Mary and St. Melor is located on Church Street just a short distance from the Amesbury History Centre.  The church had caught my eye as our tour van drove past it at one point, and I was looking forward to taking the short walk from the hotel to visit the site.

The original church in that location was founded in 979 AD according to the church website.

It was with some disappointment that I discovered that the church was closed to visitors except during church services.  The posted notice stated that the church roof has been deemed to be unsafe and visitor safety was of concern, hence the closure.

I did, however, have the opportunity to stroll around the grounds admiring the architecture of the building and trying to read the cemetery headstones.  Many of the headstones were so worn that making out complete names and dates was impossible.

The Antrobus Arms Hotel was my friend and my “home away from home” for the week-long Mysteries of England tour.

Both of us I agreed that staying in one hotel and venturing out each day on a day trip had a certain appeal, namely no need to pack and re-pack every day or every two or so days.

I had done my homework and had researched some (but not all) of the sites we were scheduled to visit on the tour.  I had also researched The Antrobus Arms Hotel which Hugh, the leader of the tour, described as “a beautiful, but old building” and further advised “please be aware that this is a 3 star hotel with its own quirks”.

The Antrobus Arms Hotel has a long and varied history.  According to its website, it was built on the site of The Chopping Knife Inn and was formerly a vicarage, school for young gentlemen and a temperance inn.   The hotel is an original listed 17th Century Coaching Inn.

The hotel website states, depending upon which page you view, that the hotel has 19 or 20 “en-suite rooms” and a variety of “function” areas.  Its major claim to fame is that The Beatles (i.e. the Fab Four) stayed there while filming “Help” on the Salisbury Plain.

My friend and I were booked in a standard twin room. It was a small, cramped room with dated furniture.  It was also not what I would call particularly clean.  This did not come as a complete surprise as I had read the on-line reviews of the hotel while doing my research.

I was on vacation and not planning to spend a lot of time in the room so I decided that it was “clean enough”.  On the plus side, the bed linen appeared to be freshly laundered and each day of our stay we were provided with fresh towels.

The hotel, overall, is in need of some TLC.  In our room, for example, no attempt had been made to repair the holes in the ceiling in the corner of the room, obviously the result of a badly leaking roof.

I cannot attest to the working condition of the in-room coffee-maker or the flat-screen TV as my friend and I used the room only to sleep and shower.

I had expected that in such an old building that the (lack of) water pressure would be an issue – but that was not our experience.  The water pressure was fine, although my friend and I each struggled to find a happy medium (the hot water was HOT!) when we were taking our respective showers.

Other members of our tour group were not so lucky.  One of our members went without hot water for several days – in spite of daily complaints.  One evening she arrived at dinner and mentioned that the issue has been resolved and that she had enjoyed “a long soak”.  She apparently had a tub in her room.

Another of our tour group members made mention that she had the opposite problem – no cold water – only hot.  I never heard whether her issue was resolved during her stay.

While the Antrobus Arms Hotel is in need of an overhaul – it also has a number of positives:

Would I stay at the Antrobus Arms Hotel again in the future?  I don’t know, let me think about it.

Have you been to Amesbury?