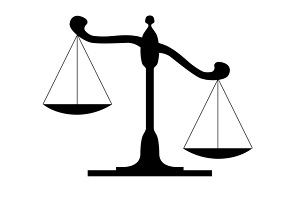 Description of a new play written by Playwright Ron Tochterman.  A reading of the play was held during a Renaissance Society Friday Forum in February.

At the end of February I had the opportunity to attend, via live-streaming, the reading of a new play written by playwright and Renaissance Society member Ron Tochterman.

Note: This event took place prior to the cancellation of all in-person Renaissance Society activities due to the Covid-19 virus.  The reading was held both on-campus and via live streaming.

Ronald (Ron) Tochterman is a retired judge and attorney in addition to being a playwright.  During his career he prosecuted and presided over some of Sacramento’s most infamous court cases.

He has, since his retirement from the Sacramento Superior Court in 1999, written a number of plays about hotly contested legal issues.  His works include “Innocence”, “Guilt” and “The Rules of Law”.

His most recent play, and the subject of this blog post, is titled Fire In A Crowded Theatre.

To Set The Stage

A handful of Renaissance Society volunteers read the lines of the characters in the play.  Several really got into their characters which added a lot to the reading.

Renaissance Society members had been warned in advance that the play “contains a great deal of vile, racist and anti-Semitic language…”.  As a result, members were advised to take this into account when deciding whether or not to attend the play reading.

The reading opened with an overview of the play.  The overview set the stage for the one act play, scene by scene. The play is about a real event that took place in Chicago in February of 1946.

Fire In A Crowded Theatre by Ron Tochterman

Arthur Terminiello, a suspended Catholic priest with strong anti-Semitic views, had built up a following of like-minded individuals in the 1930’s and 1940’s.

Terminiello, a supporter of Hitler, made an inflammatory speech repeatedly attacking Jews, Communists, and liberals in 1946.  The setting, an auditorium in a predominantly Jewish neighborhood, drew a large crowd of supporters and protesters. His vitriolic speech, as one might expect, incited the crowd inside and outside of the auditorium.

Fights broke out, windows were broken and the crowd became increasingly unruly.  Chicago police assigned to the event eventually arrested Terminiello.  A Chicago “breach of peace” ordinance that banned speech which “stirs the public anger, invites dispute, brings about a condition of unrest, or creates a disturbance” was the basis of the arrest.

Justice William O. Douglas, writing for the majority, wrote that freedom of speech is “protected against censorship or punishment, unless shown likely to reduce a clear and present danger of a serious substantive evil that rises far above public inconvenience, annoyance, or unrest…There is no room under our Constitution for a more restrictive view.”

The playwright cleverly wove into the play a discussion between two of the Supreme Court justices with opposing views (Douglas and Jackson).  In other words, as various scenes unfolded the justices debated, between themselves, the legal points of the case.  This discussion aided the audience in understanding the nuances of the law.

After the Covid-19 pandemic subsides, and life gets back to normal, I expect at some point that Fire In A Crowded Theatre will be staged by one of our local theatre companies.  The last time a Ron Tochterman play was staged the tickets sold out quickly, and I was left out in the cold.  As a result, I intend to try to secure tickets asap.

Comments on this new play or previous Ron Tochterman plays?