(UPDATED 2/13/2021) Sacramento Name Changes – Description of name changes to well-known, major locations in Sacramento.  How long before we get used to, and start to use, the “new” names?

A person who left and returned to Sacramento after a few years (or less!) might become confused in a conversation with a Sacramentan who has stayed in place.  For example, “Meet you at Sutter Health Park” may well be met with a blank stare of incomprehension.

Following are some recent and/or upcoming name changes:

As part of its $23 million investment over a period of 25 years, SAFE Credit Union is receiving naming rights to the renovated convention center and community center theater, as well as to a new outdoor plaza.

Once the major $340 million renovations now in progress are complete: 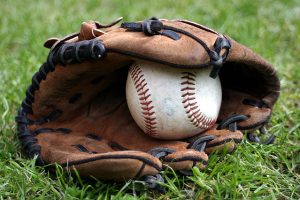 Raley Field, the home of the River Cats baseball stadium in West Sacramento, will soon be known as Sutter Heath Park.  This is a big change – because it has been known as Raley Field from day one of the stadium’s opening in May, 2000.  The name change takes effect in 2020.

The River Cats are Sacramento’s well-loved Triple –A Minor League Baseball team, an affiliate of the San Francisco Giants since 2015. 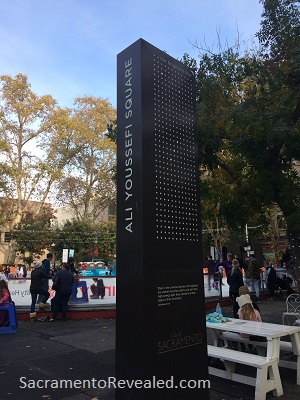 The small park, perhaps best known as the site of the annual winter Downtown Sacramento Ice Rink, was originally named after the first Catholic Church built in Sacramento.  The church was built in that location in 1854. It served Catholic Sacramentans until 1889, when it was sold to the Federal Government by the church to help fund the building of the nearby Cathedral of the Blessed Sacrament.

The renaming is to honor Youssefi, a young developer with vision who loved Sacramento.  He regrettably died in 2018 at the age of 35.  His memorial monument includes the phase “our brightest star”.  Indeed, had not fate intervened who knows what he could have accomplished.

Word has it that the Sacramento Theatre Company is looking to selling its naming rights at 15th & H Streets.  Stay tuned!

How long do you think it will take you to start, for example, calling the home of the River Cats Sutter Health Park?