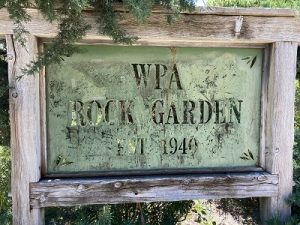 What was the New Deal?

The New Deal was a series of programs, public works projects, financial reforms and regulations enacted under the leadership of President Franklin D. Roosevelt in response to the Great Depression.

About the Living New Deal

The Living New Deal came about as a result of a book project by Dr. Gray Brechin on the Works Progress Administration (WPA) in California.  It took off from there.  The project turned into an effort by volunteers to inventory, map, and interpret how the New Deal changed California. In 2007, the California Living New Deal Project was officially launched at the University of California, Berkeley.

By the end of 2010, the Project decided to go national.  Now known as the Living New Deal, the Project covers the entire country – 50 states and several territories.

In 2015, the Project created a second arm of the Living New Deal as a non-profit, incorporated in California, and received official non-profit status from the IRS.  By the end of that year 10,000 documented sites were in the database.

Since then, the Living New Deal has expanded and improved upon both the accessibility of New Deal data as well as the scope of the data in the database.

You will definitely want to check out this important window into America’s history. And, you may want to assist the Project by adding your New Deal discoveries to the data base!

The Sacramento Living New Deal page is obviously incomplete – which is where local, knowledgeable volunteers can be of assistance by providing photos and/or new updated information.

Three murals painted by artist Lucile Lloyd in 1937 titled Origin and Development of the Name of the State of California are located in the California State Capitol John Burton Senate Hearing Room,  #4203.  Originally housed in the Los Angeles State Building on West First Street, the murals were moved after that site was damaged in the 1971 LA earthquake.

During my lobbyist/legislative committee consultant career I spent considerable time attending hearings in Room 4203.   I did not, however, know the name of the three murals, nor their story.  Now I do.

The three panels that comprise the murals “Origin and Development of the Name of the State of California” “tell the history of the name of California. The two side panels portray important flags that have flown over the state. The central panel shows the history and development of the state through the Spanish Mexican and American eras. Realistic figures trace the state’s history, and vivid, colorful images illustrate the state’s unique natural beauty and resources.” (capitolmuseum.ca.gov)

Ever wonder about the building located in Winn Park?  It turns out that Sacramento’s fire alarm system was modernized by the WPA, and the building was the system’s central office.

CK McClatchy Senior High School was built in 1937 with aid from the PWA of the New Deal.  An interesting fact from the data base is that “Ground was broken on May 20 and the school dedicated on September 19, 1937.”

Also of note, “The McClatchy HS building was placed on the National Register in the late 1990s in response to demolition of the WPA library building at Sacramento City Jr. College.”

According to the Sacramento Living New Deal page, the WPA did extensive work in McKinley Park, most likely including the rose garden.  It also notes that “The brick rest station is also characteristic of WPA although there is no marker.”  Additionally, a photo of a WPA stamp on one of the park’s sidewalks is in the data base.

Per the site, the water tank located nearby the Safeway store on Alhambra Blvd. is one of two water tanks that are “…the largest reinforced concrete elevated water tanks ever constructed.  Each one has a capacity of 3,000,000 gallons and both are in the city of Sacramento.”

“The Theodore Judah School was constructed in the 1930s as two separate Public Works Administration (PWA) projects. It consists of two small school buildings both built in the Streamlined Moderne style which reached its pinnacle in the 1930s. This moderne style was characterized by flat roofs, smooth wall textures and minimal surface decoration.”

Among the many interesting facts in the Living New Deal data base: 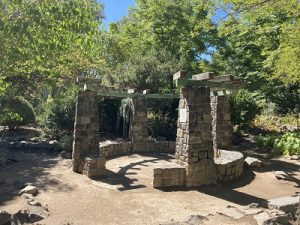 The WPA Rock Garden is a well-loved feature in William Land Park.  The WPA built the rock garden near the lake as well as gutters and other improvements throughout the park.

If you can help fill the blanks on the Sacramento New Deal Projects page – please provide your comments beneath the project description in the comment section on the Living New Deal website.  Additionally, you can share your contribution here by adding a comment to this blog post (below).