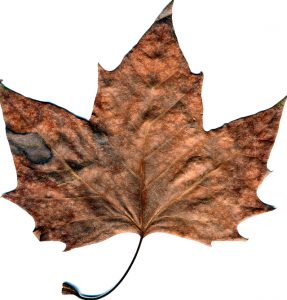 (Last Updated 1/27/2020) Description of and commentary on the California End of Life Option Act, plus updates on status of the 2016 law.

(Original post) On June 6, 2016 the California End of Life Option Act became law.  Living in Sacramento, and working as a lobbyist representing rural counties, I followed the progress of the bill through the Legislature from afar.  I did, however, have the opportunity to hear both supporters and the opposition present their positions on the bill.  I felt that good points were made on both sides of this difficult issue.

Regardless of your position on the California End of Life Option Act – as it is now the law in California I personally wanted to become familiar with its specific provisions.

Note:  The California End of Life Option Act sunsets on January 1, 2026 unless that date is extended.   This means that the California State Legislature will have to proactively pass legislation to extend the law or remove the sunset date prior to 2026, and the Governor will have to sign the legislation into law.

After reviewing the California End of Life Option Act I have decided that I am personally very glad to have this option available.  You never know what cards life will deal you.

During this time period  258 individuals started the end-of-life option process by making two verbal requests to their physicians at least 15 days apart. Other statistics contained in the report:

Of the 111 individuals who died pursuant to EOLA during 2016:

The majority (58.6%) of underlying illnesses was identified as cancer, with neuromuscular disorders such as ALS (Amyotrophic Lateral Sclerosis) and Parkinson’s accounting for the second largest grouping  – totaling 18.0%.

Since the EOLA took effect there have been reports about the difficulty of those dying making use of the EOLA – to their distress and the distress of their loved ones. Let’s hope that this situation is resolved in the near future.

(UPDATED 1/27/2020) This month the Riverside Superior Court ruled in a tentative ruling that the Legislature did not violate the state constitution by passing the medical aid-in-dying law during a special session on health care, and that the physician plaintiffs do not have legal standing to bring the case (Ahn vs. Hestrin, Case RIC1607135).

The court said, however, that the plaintiffs could amend their complaint to try to justify third-party standing if they can find patients who share their common value of opposing medical aid in dying and “may be subject to undue influence from family members and others” to use this option.  So, continue to stay tuned!

According to the report, for the year (January 1 – December 31, 2017), 577 individuals received aid-in-dying drugs under the Act, and 374 people died following ingestion of the prescribed drugs.  Of the 374 individuals, 90.4 percent were more than 60 years of age, 95.2 percent were insured and 83.4 percent were receiving hospice and/or palliative care.

(UPDATED 6/17/2018) Last month a Riverside County Superior Court judge declared the California End of Life Option Act unconstitutional – stating that it had been adopted illegally as it passed during a special session of the California State Legislature called to address health-related issues.  The California Attorney General asked the appeals court to stay the ruling, and the Fourth District Court of Appeals in Riverside County issued an immediate stay.  The law is now back into effect, but opponents may well file objections to the appeals court decision.  Stay tuned!

Comments on the California End of Life Option Act?

Are you personally aware of difficulty in accessing the EOLA process?  How would you “fix” the existing process?

Subscribe to SacramentoRevealed.com to receive the weekly (with an occasional haitus) newsletter direct to your inbox!  Comments are welcome.