You are here: Home / Outdoors and Sports / Best and Worst Cities for Recreation Ranking 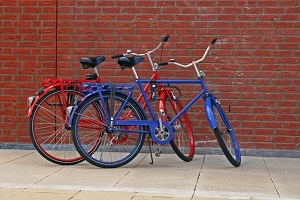 WalletHub recently released its 2019 ranking of the 100 Best and Worst Cities for Recreation.  Where did Sacramento rank?

To develop its ranking of the 100 Best and Worst Cities for Recreation, WalletHub looked at the largest 100 cities in the U.S.  Each city was evaluated on:

WalletHub considered only the city proper and excluded cities in the surrounding metro area.  Forty-eight (48) metrics relevant to recreation were evaluated, each graded on a 100-point scale (a score of 100 representing the highest level of recreation-friendless).  WalletHub then determined each city’s weighted average across all metrics to calculate its overall score.

California cities and their ranking are:

So there you have it – I personally would not have guessed that Sacramento would rank higher, let alone that much higher, than San Diego when it came to weather.

Note:  WalletHub evaluated 600 cities and assigned each city a percentile rank – so a rank of 10% means that the city was ranked in the top 10% cities overall or for that particular season.

Comments on the WalletHub ranking of the 100 Best and Worst Cities for Recreation?