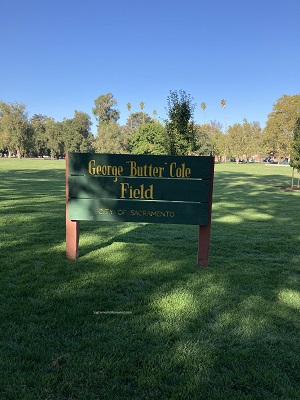 The fences surrounding that portion of the Park where the McKinley Water Vault was constructed came down in the second week of October.  Councilmember Jeff Harris “cut the ribbon” at a small gathering celebrating the reopening of the affected area on the morning of October 15th.  A larger public event was apparently nixed as a result of the COVID-19 pandemic/delta variant.

The $31 million, 6-million-gallon water vault was constructed under the George “Butter” Cole Field.  Its purpose is to store combined stormwater and wastewater during storm events when the City sewer system is at capacity.  The water vault storage capacity will help reduce the flooding of city streets in the neighborhood with a noxious mix of stormwater and wastewater.

(10/26/2021)  Who would have thought that the recently completed McKinley Water Vault would have the opportunity to prove its worth so soon?  The “bomb cyclone” that drenched Sacramento on Sunday, October 24, dropped 5.44 inches of rain in 24 hours.  This is the highest total rainfall in Sacramento recorded history, beating out the previous record of 5.28 inches in 1880!

The storm filled the McKinley Water Vault to capacity and prevented serious flooding in the surrounding neighborhood. 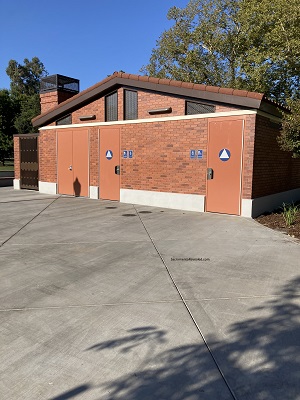 The approximately $1 million in upgrades to McKinley Park were made as a direct result of the construction of the Water Vault Project.

Neighbors in the vicinity and the many Sacramentans who frequent McKinley Park are ecstatic to have this section of the Park open once again for public use after 24 months.

A number of additions and improvements have been made to the Park.  These include:

The new landscaping includes the following trees and shrubs: 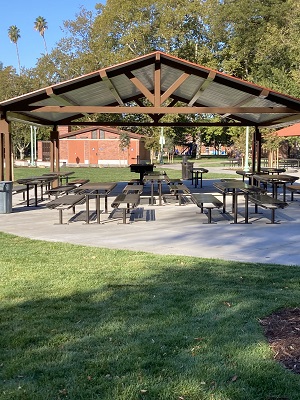 Other new additions include:

Last, but not least, the Clunie Community Pool is now heated! 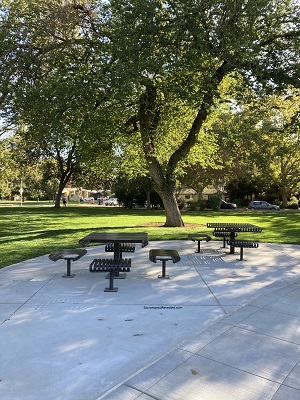 To sum up, I am extremely pleased with the renovations made.  It was worth waiting for the work to be completed.  I should note that many of the renovations were as a direct result of public input!

What are your thoughts on the renovations?