You are here: Home / Outdoors and Sports / WPA Rock Garden 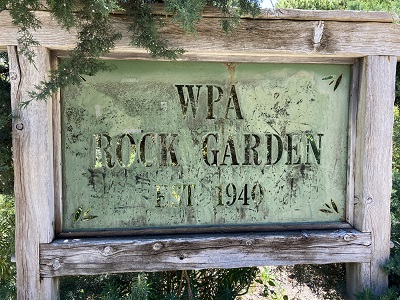 Description of the WPA Rock Garden, located in Sacramento’s (William) Land Park adjacent to the William A. Carroll Amphitheatre.

I recently visited the WPA Rock Garden in Land Park, strolling its circuitous paths and admiring the varied plantings.  The garden is located near the lotus (aka duck) pond, adjacent to the William A. Carroll Amphitheater, and across the street from Fairy Tale Town. 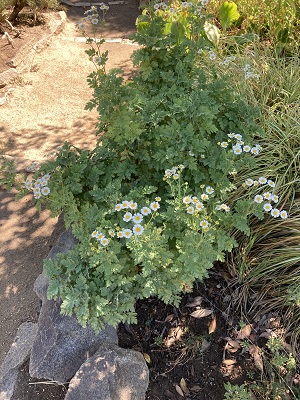 What was the Works Progress Administration (WPA)?

The WPA was an employment and infrastructure program created by President Franklin D. Roosevelt in 1935 during the Great Depression.

As a result of the Great Depression, millions of Americans found themselves unemployed with no income.  The WPA (1935-1943) put these Americans to work over its eight years of existence.  The WPA was perhaps best known for its public works projects. 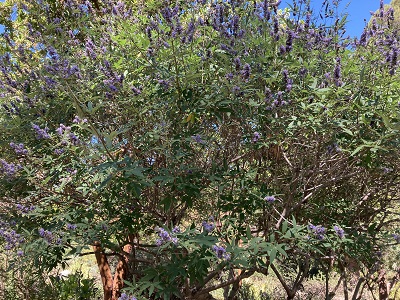 It was in 1940 that WPA workers constructed the basic infrastructure of the one-acre rock garden consisting of a meandering network of dirt paths flanked by low granite walls.

Fast forward to 1988 when now-retired Sacramento Parks and Recreation employee Daisy Mah was introduced to the rock garden.  The neglected garden was overrun with ivy and weeds.

As has been widely reported, Daisy decided to rehabilitate the rock garden, despite an ongoing drought and large cuts to the Department budget.  Without the financial resources to buy plants, she started plants from seed and propagated cuttings, among other things.  Unable to tap additional City manpower, she recruited volunteers.

Over time the WPA Rock Garden took shape.  As with most gardens, it is a work in progress as plants die and/or are moved or replaced.  The focus is now on plants that are adaptable and tough enough to survive. These include many California native trees, shrubs, and perennials. 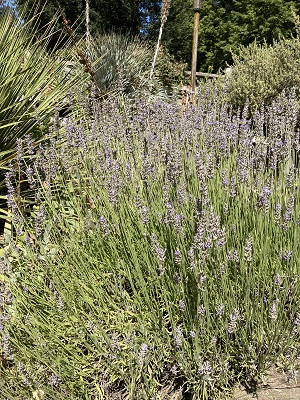 It had been a number of years since I last visited the WPA Rock Garden.  I was interested to see how it had fared since the retirement of Daisy Mah.  Despite her retirement, I understand that she still spends time at the rock garden as do a number of dedicated volunteers.

The WPA Rock Garden is not, nor is it intended to be, an orderly more formal garden.  Instead, it is intended to mimic a natural setting.  I did notice some recent gardening activity – a variety of newly planted succulents in what had been a small bare patch.

As I made my way around the garden, I stopped frequently to take a closer look at some of the plants, in particular those that were flowering or had interesting leaves.  The garden was alive with birds, bees and the rustling of tiny lizards as they scurried for cover upon my approach.

The garden path is uneven, as I was reminded several times as I took a step or two backwards, without looking, to take a photo.

At some point in your walk you will come across a circular stone arbor and bench.  The arbor was built in 2005 utilizing donations (funding and labor) secured by Daisy Mah. 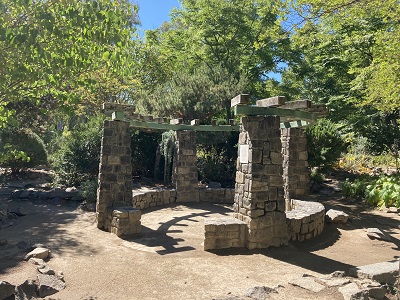 To sum up, I was glad that I had set aside some time to take a leisurely stroll through the garden.  As it is constantly changing with the seasons, I hope to drop by again sooner than later.

Comments on the WPA Rock Garden?

Additional comments on the garden – past and/or present?